Newb VS Noob: Which One Is It?

No, no, this blog title is not implying a competition between me and another pale faced Kahena freshman named (not provided). The above title is an evolution of my journey from sipping a pina colada on a content-dreamy oasis to conducting a data analysis traffic jam. If that wasn’t at all clear, please allow me to explain.

“Thoughts of a Newb”

I had originally titled this article “Thoughts of a Newb”. After all, I have now worked a total of 4 weeks in SEO, so I probably qualify as a newbie. Yet after the title began to sink in some, my brain recalled the last time I dealt with the word newb, about 8 years ago, when I was waist deep in a number of online forums. Back then, the terms ‘noob’ and ‘n00b’ were bandied about. With a nascent but growing amount of SEO knowledge that I’ve learned in working for Kahena, I figured I should throw both spellings into Google’s keyword tool and see what the numbers show. Sure enough, Noob had 10x more traffic than Newb, which gives it preference in the title. Right? 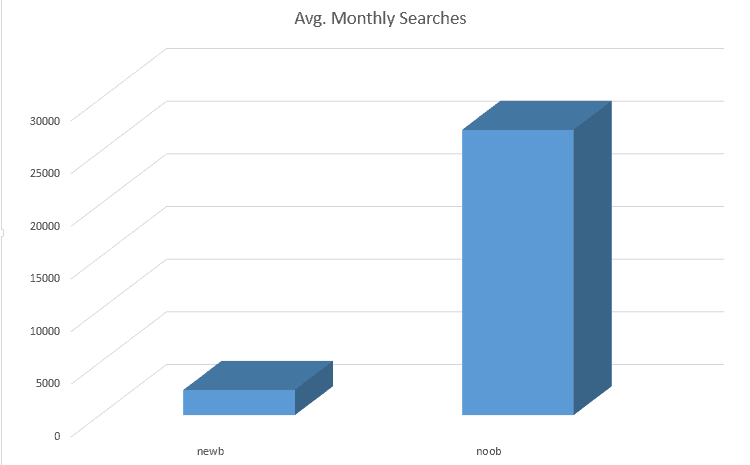 Ahhh, but not so fast, SEO vets. As a former message board newbie who worked his way up to MODERATOR, (yep that’s right- after 5000 posts one can actually achieve moderator status and receive the god-like ability to edit and delete others’ posts and let me tell you I did feel like God for a while) I did recall being called a noob or even n00b on occasion. And when that happened, it carried a negative/clownish tone. That’s because a newb is someone who is new and uninformed but intelligent enough to learn and grow, while a noob is an ignorant person with little ability or desire to learn or grow. And a n00b, well, let’s not get into that.

And therein lies a curious dilemma that I have with SEO. Matt Cutts insists that great content is what drives websites up in the rankings. And I think that most people would agree. But here, keyword traffic seems to dictate that I should use ‘noob’ in the title, while ‘great content’ would necessitate the word ‘newb’. Maybe great content isn’t necessarily the driving force behind rankings? Sure Matt Cutts tells us it is, and if we lived in a world filled with unicorns writing beautiful content for enchanted forest websites, then yes, content is king. But Google can’t find every unicorn, and if my understanding is correct, Larry Page and Sergey Brin maintain a super-secret algorithm which aims to identify great content based on specific qualities and parameters for each site.

If only we knew what that algorithm entailed. Some of these we know, such as titles, URL’s, keywords in content, page speed, but other parameters are rather hidden. And I’d bet my first month’s SEO salary that if Rand Fishkin was granted one free wish he would ask for an hour of a blindfolded Matt Cutts in a sealed room and a syringe filled with truth serum.  For me, as a true newb in the SEO community, I have developed the goal of trying to maintain a data driven vantage point when trying to optimize a website and its content, rather than pure and original content. Am I wrong for that? I don’t think so. Because as long as Google has a machine with an algorithm that is scouring websites, it will invariably miss websites with great content that don’t conform to Google’s SEO guidelines. I do suppose that this juxtaposition is one that many people are grappling with.

I’m going to finish up my Thoughts of a Newb post with two more items: A warning and a confession. I suppose I should start with the confession.

I’ll be honest. I didn’t realize that SEO was so data-driven. I always heard about and looked at in comparison with SEM, which offers a more structured strategy with instant results. SEO had often been described to me (by people not in the industry) as fluffy, and throwing wet strands of spaghetti against a wall. In fact, SEM seemed more stable as both a field and career choice. However, in thinking how best to utilize my web-savvy toolbelt in a position that I would enjoy, I was prodded by my sister to look into SEO. And after some research, I learned that it is not the fluffy field that it had been described to me as. In fact, after a mere few weeks on the job, I’m both excited and surprised at how every optimization-action is rooted in data. There’s no spaghetti throwing in this field. Maybe some speculation, but everything seems to be rooted in statistics and results. 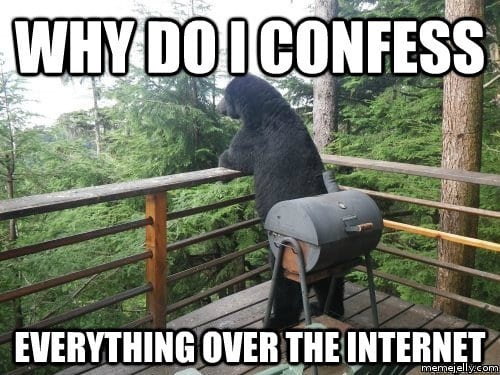 This confession of mine actually leads right into my warning, which is to marketing executives: Watch out. Beware the SEO agency that you reluctantly hired to appease the higher ups who were upset about your company’s iffy Google ranking. And get familiar with the importance of on and off site optimization. In an era of un-endingly increasing importance of a company’s website, web presence, and subsequent search ranking, marketing people have to understand that SEO people are simply a requirement for any online marketing campaign. Otherwise, a company’s website will be left to fend for itself in the vast internet abyss of 700 million websites. Who wouldn’t want a leg up on competition? And if a company ignores SEO, they can be sure that their competitors are waist deep in it, for the foreseeable future.