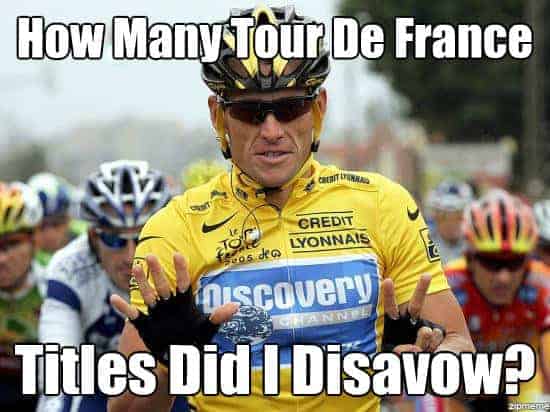 The juxtaposition of Google disavowing links and Lance Armstrong being exposed as a drug cheat has got me thinking. In many ways the cat and mouse nature of drugs in sport mirrors that of shady SEO practices.

Why did everyone in cycling dope-up?? Because everyone else was doing it, they were achieving great results, and no-one was getting caught.

The exact same is true in SEO. Sites came from nowhere, broke away from the peleton, and hit the top of the SERPs by virtue of doing as they pleased.  People are inherently lazy – give them a quick fix that is built on short cuts and you will be knocked over by the stampede of people wanting in.

It’s an ethical discussion for another time, but most of the time, the biggest thing preventing people from doing something unethical or immoral are the consequences that arise from getting caught.

You couldn’t have any success in cycling if you didn’t dope  – likewise any search would be dominated by sites that clearly weren’t playing by the rules.

When it came to SEO, nearly everyone was bending, if not breaking, the rules and getting results. People were making a lot of money because of it and by not cracking down, Google was aiding and abetting them.

The drug testers are always coming up with new methods to catch the cheats which causes the cheats to come up with new techniques that will be undetectable until the technology and/or methodology of the testers catches up. In the same vein, Panda and Penguin came along causing havoc and panic. Who knows what will follow, but Google threatens it will be savage.

So if you built an empire on shady links, and there was a 0.001% chance that it could vanish in the (b)link of an eye – is that a risk worth taking? Logging on to Google Analytics and being met by flatline after flatline is the nightmare of many in the SEO Industry.

Lance was very successful for a long time: he won seven Tour De France titles, ranked #1 in the cycling SERP’s, and was feted by all as a PR10, but now he has been permanently de-indexed not just by the cycling authorities, but by sponsors such as Nike and Oakley. He will go down in history as a cheat, a fraud, and a liar.

Similarly, as an SEO practitioner, are you going to trade away the future for yourself and your clients for a couple of good years (at most) now?

When it came to cyclists, they knew what they were doing. They understood the implications of sticking a needle in their rear; but more often than not a website has no idea what its SEO agency is doing or has done on their behalf. They read the monthly report and it’s a blur of numbers and graphs. They’re getting good rankings, traffic, and conversions, and they are not too fussed about how the sausage is made. 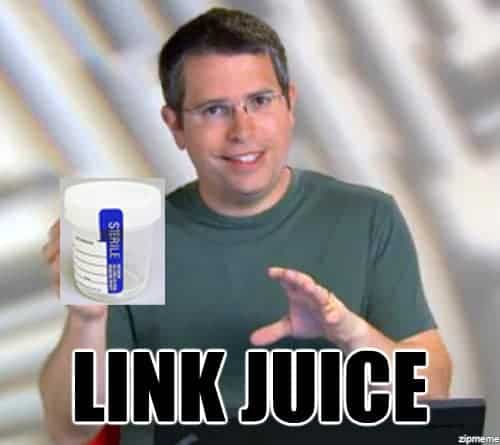 Earlier this year, Google sent out 700,000 webmaster tool messages in two months, more than the entire year prior. That’s like getting a knock on the door from someone asking you to pee in a cup. While the Big G is now monitoring everything more vigilantly and punishing anyone who’s been naughty rather than nice, people should start stepping out of line, but as we know, this isn’t the case. The day after BMR was put out to pasture, savvy entrepreneurs were already brandishing the son of BMR.

It takes a while for things to be detected and punished. Check out this article posted just by Barry Schwartz on an SEO company who were exposed for producing a fake location and fake reviews from industry experts for their business. Often the only way a person is caught is because they are their own worst enemy and can’t keep their mouth shut. After all, what’s the point of being wildly successful if you can’t publicize it? It’s like hitting a hole in one but not being able to tell anyone. 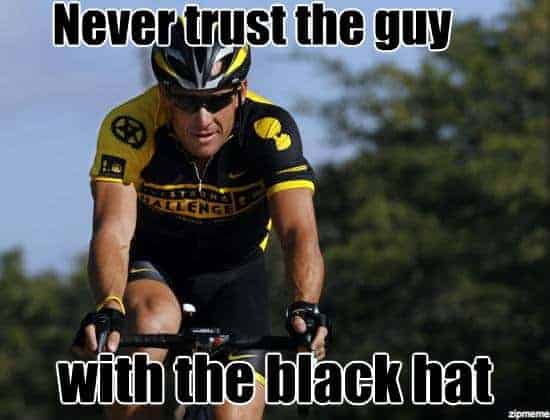 People are still prepared to fly close to the sun, but they are playing a game of Russian roulette. If you want to be in this business and be in it for the long haul, every minute of every hour of every day you may be tempted to prioritize short term gain over long-term pain, but you have to resist it.

There is a famous survey called the Goldman Dilemma. Bob Goldman asked athletes if they would take a drug that guaranteed them a gold medal but would also kill them within five years. In the 1980s more than half of the athletes answered “yes”. In a 12 month period spanning 2003 and 2004, eight cyclists died with the same symptoms, and drug use was speculated as being behind it.

As an SEO practitioner, it’s not Sophie’s Choice. It may take a while and it’s not always going to be smooth sailing, but in the end you will get there. In this brave new world of SEO, if you want to engage Google in a game of chicken, be prepared for the worst.

Who or what would Lance see now when he looked in the mirror? While you may be able to look in the mirror while you’re gaming Google you may find it a little bit harder once you’ve faced its wrath. Nothing brings contrition quicker than being caught.