Kahena Interviews Rand Fishkin of SEOMoz on Our First Birthday

Our Interview with The Wizard of Moz!

[Ari’s Note: Today Kahena Digital Marketing turns one (woohoo!!). Last night we received an amazing surprise birthday present – Rand Fishkin so graciously responded to our request to do a quick interview. Little did we know how truly busy he was given what was announced this morning. The fact that he took the time out of his extremely busy schedule for our small agency speaks volumes. Thanks Rand for truly embodying all that SEOMoz stands for!! ]

A new year signals a new direction for the blog and for Kahena. Every SEO agency loves to write the kind of caliber posts that you read every single day of the week on the SEOMOZ blog, but that just isn’t possible for us right now. In-depth posts take a lot of time and we really don’t want a vacuum in between. So we’re going to put a big effort to ensure we have a lot more content on the blog. We hope to make you think, but we also want to make you smile.

There’s a lot of people in the industry that have some great things to say so we are inaugurating an ongoing series of Kahena Interviews. For the first one, we thought there was only one candidate – Rand Fishkin.

He of the yellow shoes, literally needs no introduction. Rand is one of the all-stars of the industry and is a top-notch bloke to boot. Just ahead of a massive announcement for SEOmoz, Rand graciously took the time to answer our questions.

Where do you think the industry will be in 2 years time?
More holistic, more professional and wielding more influence.

What I mean by those are:

Do you feel the recent moves/changes by Google are a vindication of the things you’ve been saying?
Maybe? I feel like I’ve just been saying things that are obvious to everyone in the ecosystem. If Google doesn’t take more aggressive action against webspam, they’re opening up a lot of competitive risk, and they’re weakening the position they’ve taken on gray/black hat SEO. I’m glad to see them making efforts like the banning of blog networks, reduction of PageRank scores and now the Penguin update, but I think they still have a long way to go to show spammers that their message has teeth.

What advice would you give any small SEO agency?
Become outstanding at something unique, write about it, speak about it, share openly, be awesome to everyone in and around the industry, and your business will become very successful. I look around at many of the great agencies today that started as one or two person operations and this story has played out time and again.

What qualities do you look for when you hire someone?
TAGFEE (Transparent & Authentic, Generous, Fun, Empathetic, and Exceptional) – most of all, they need to be a match for our culture and someone who believes in our values. I met a programmer on the elevator up to the office this morning and there was an instant “click.” I ended up giving him a tour of Moz since he was early for his interviews and I had a few minutes. If you have that cultural match and a passion for learning, creating and improving, we’re likely going to make you an offer.

Does Google have too much power?
Obviously I can only provide a very subjective opinion but I’d say yes. And I think even most Googlers would agree. Their domination of search market share around the world probably isn’t good for the web’s ecosystem. I wish Yahoo!, Microsoft or one of the others were still a true competitive threat. 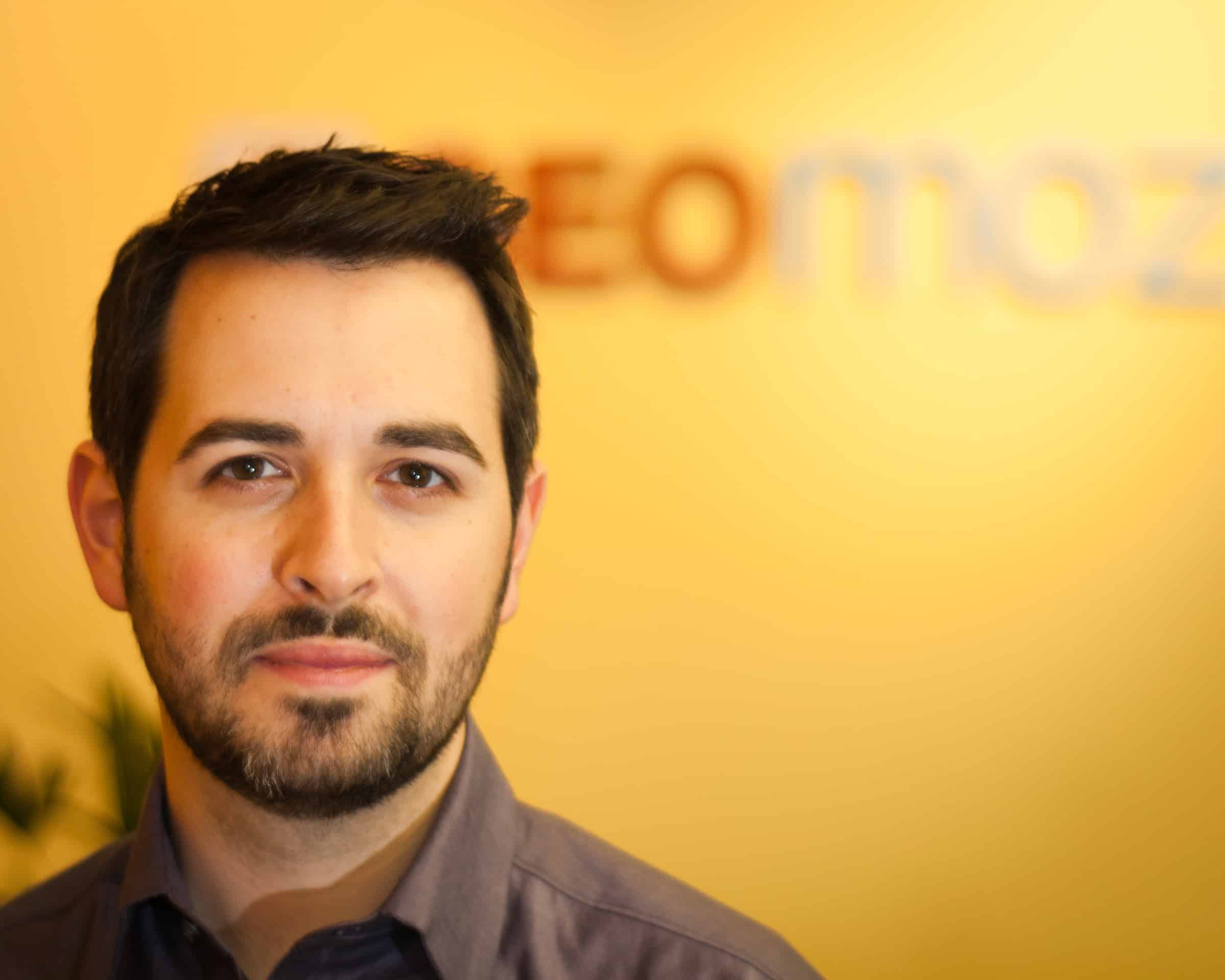 You’ve come a lot way and SEOMOZ is now obviously huge – if you could do it again, would you do anything different?
Huge? We’re about 1/1000th the size of most of the big tech companies you read about 🙂 That said, we have been very lucky to have such a wonderful community supporting our growth.

There’s about a million things I’d do differently. I largely failed at building a business of any kind my first 4 years in the game (2001-2005). I made mistakes in where to spend money, how to acquire customers, how to hire, how to build a team and a culture, how to develop software that scales – the list is incredibly long 🙂

SEO is a 24/7 industry. How do you find the balance?
I don’t really. I have a very minimal lifestyle with just two things in it – my wife, Geraldine – and work. Everything runs through my inbox so as to minimize reliance on alternate channels. I have an exec assistant who helps me scale the outsource-able portions of my job. I don’t think tech startups are a particularly good place to find balance 🙂

For people with families, young kids, what advice would you give them for finding the balance?
I really don’t know, and probably am not a good candidate to ask. I don’t have a family or young kids and I don’t know how other founder/CEOs do it! I love kids, and I know if I did have them, I’d want to spend lots of time with them, which would mean a lot of very angry people whose emails I never replied to.

A lot of people in the industry look up to you – who are the industry people you look up to?
So, so many. I made a huge list of inbound marketers on Google+ that represents a decent cross-section of folks.

There is a massive industry presence in Israel – do you have any plans to come here?
No – none right now. I’ve heard it’s an amazing place, though.

Why do you think SEO is such a male dominated industry especially when females have so much to give?
Perhaps it’s more so in Israel. Here in the US, I see about 60/40 men to women (which is not bad for the technology field) and SEOmoz is nearly 50% women on staff.

If you were born 40 years earlier and SEO wasn’t around, what would you have done?
1939 eh? Maybe something in the journalism or writing field. I love to create.

You can invite any 5 people (living, dead, fictional) to a dinner party – who do you invite?
Let’s go with just the living to narrow it down: Neil Degrasse Tyson, Hillary Clinton, Bill Gates, Chuck Feeney and Tina Fey

What impact do you think Twitter and Facebook have SEO? Do you think this will change over time?
Today it’s mostly indirect and a little direct (primarily through Google’s “social connections” and Google+ social graph). I think we’ll continue to see both rise in impact and influence as they reach into the psyches of all who create, search and interact on the web.

In what circumstances wouldn’t you work with a client or cease working with one?
I had a couple clients we stopped working with during my tenure as a consultant. It almost always happened when there was a loss of trust or respect on either side. When that erodes, it’s usually easier and more productive to move on to another relationship than attempt to salvage the existing one. A bad campaign or a few mistakes aren’t a problem – but when the people stop believing in each other, it’s hard to reconcile.

What things about SEO drive you crazy?
Mostly webspam, but also a bit of the unproductive, anti-progressive mentalities that occasionally rise up from the echochamber. All in all, though, I love this industry. I’ve met so many amazing individuals, companies and organizations through this line of work that I wouldn’t trade it in for anything.

What are the common mistakes you see that small SEO agencies make?
Focus on short vs. long term. Not being strategic about choosing clients. Hiring the wrong people. Charging too little for good work or anything for bad work.

Where do you see yourself in 10 years time? Oh man. No idea! Could I have possibly predicted what I’m doing today 10 years ago? Nope. So I’m gonna have to pass on that one 🙂 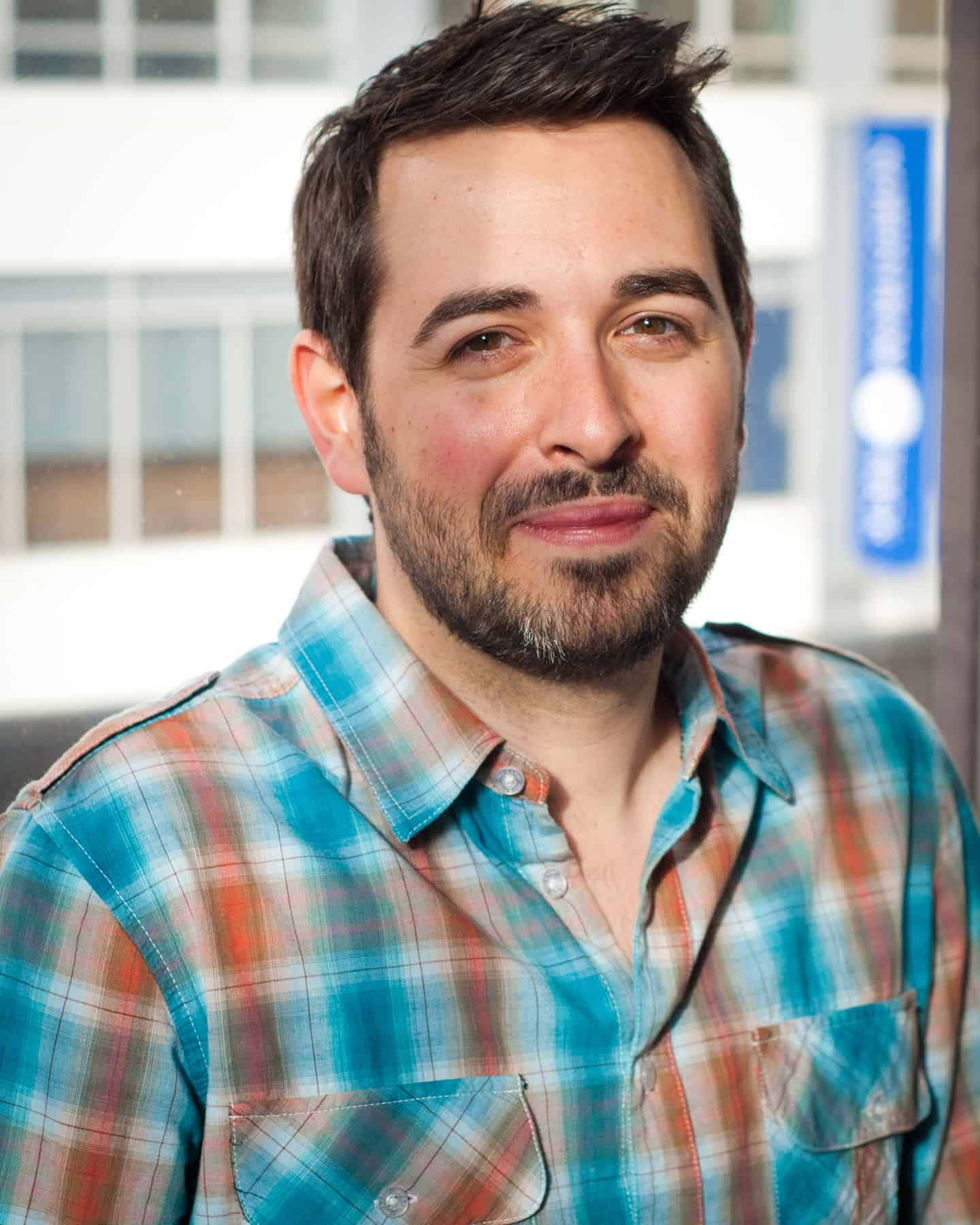