This week we are lucky enough to speak to Barry Schwartz. If you are in SEO, it’s hard not to see the ubiquitous Barry. Apart from being the CEO of RustyBrick, he is the founder of Search Engine Roundtable as well as the News Editor at Search Engine Land. Barry is the force behind SMX Israel which only gets bigger by the year and he is also one of the nicest guys in the industry. We managed to catch Barry while he was flying to Los Angeles. 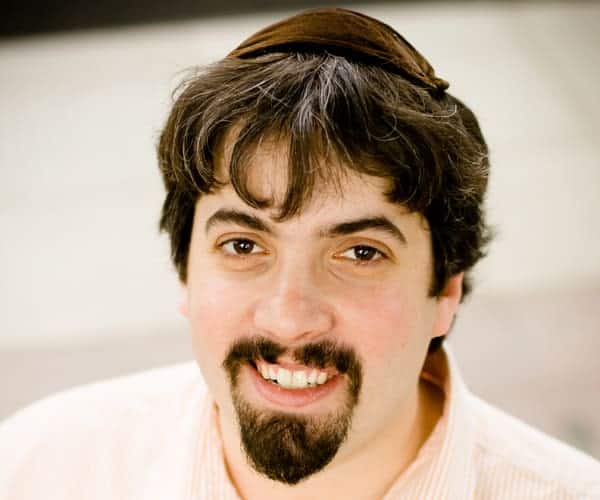 Working in the SEO news makes you better at anticipating things. Where do you think the industry will be in 2 years time?
Well, based on the pattern of the Google algorithms and how the SEO space changed over the past 10 years,  I think there will be more and more “white hat” SEOs going forward.  Black hat SEO is getting harder and harder.  What black hats need to do is going beyond much of what many would find ethical, such as hacking, link bombing, and so on.  Google is becoming a harder search engine to trick and SEO is moving into a space where it is less about a quick fix and quick rank and more about the long term gain.  Of course, many SEOs have been doing this for well over 10 years, but now is when it really showing.

You are in the eye of the storm when it comes to news. How does news work in the SEO world?
Depends on the site.  Search Engine Roundtable won’t accept any news from PR people.  We write only on topics we find in the discussion forums.  If it is interesting, the community is talking about it.  I find it, by scanning the forums each morning and then I summarize the best stuff.

For Search Engine Land, I track thousands of blogs.  We get PR people pitching but often don’t cover them. We get news tips.  We watch Twitter accounts and so on.  We have a team of writers.  I typically assign to the writers what they should cover for the day.  Be it new SEO algorithms, updates to AdWords, Google earnings reports and so on.
I don’t find it hard having a scope – we are on top of things and people know it.
For you, what have been the biggest SEO news stories you’ve covered
Well, I summarize 2011 at http://www.seroundtable.com/8-years-old-now-14402.html It has to be the huge Google updates, like May Day in 2010, Panda in 2011 and now Penguin in 2012.  Predicting changes, what is coming and how to prepare always gives me a rush.  I am not always right but it is fun trying.
How has the industry changed since you began working in it?
It keeps growing and growing.  More and more people are getting into it.  But it is becoming harder to compete in the industry.  So most of those who got in to make a quick buck are no longer here.  I’ve seen personalities come and go over the years.  It is becoming less about building links and tons of content and more about building the best web site, resource and design in your niche.  It is about being the best and deserving to be number one in Google.
You just had a new baby – Mazal tov! SEO is a 24/7 industry. How do you find the balance?
I don’t.  It is hard. It is non stop work.  But I have a schedule, I am very into routine.  Having schedules and routines make it more manageable.  You know, I don’t just talk about SEO, I run a web development shop in NY named RustyBrick with 20 or so employees on staff, on site?
There are so many news outlets, ie sites, blogs, twitter – how do you stay on top of things and how do you avoid drowning?
I was one of the first, so I have an edge.  I use RSS, have methods of tracking changes and know where to look on a daily basis.  Plus, Google and other search engines do give us pre-briefings on major things.
Which are the sites, blogs, Twitter accounts, etc that you like going to?
Check the SearchCap, I cover them daily.  I watch thousands of blogs, sites and Twitter accounts. Wouldn’t be fair for me to pick one or two.
You can invite any 5 people (living, dead, fictional) to a dinner party – who do you invite?
If its SEO related it would be  Larry Page, S. Brin, Matt Cutts, Jerry Yang & Apostolos Gerasoulis 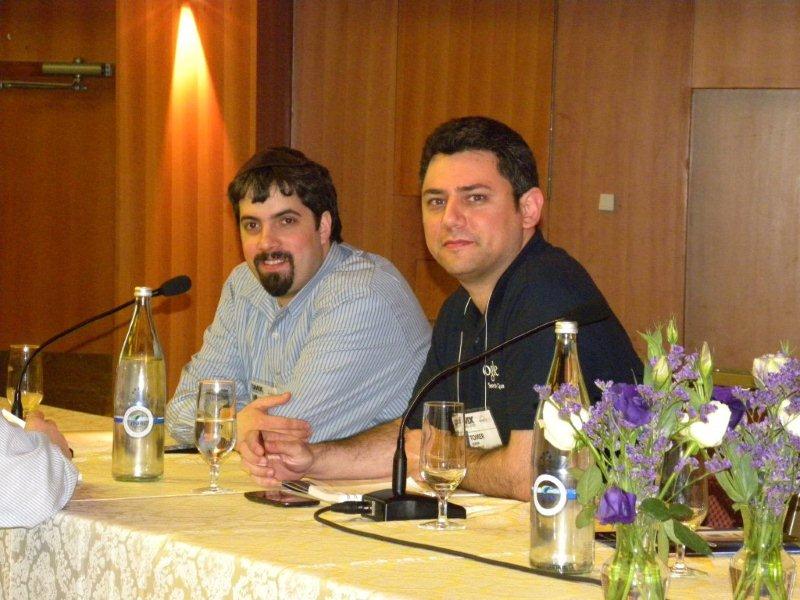 What are the things you love the most about working in SEO? Anything you dislike?
I love the community – I’ve never met an industry group that is so sharing, giving and caring.  I dislike how much of the outside world perceives this industry.
Does your day still resemble this?
No.  I don’t do SEO.  I just write about it in the morning. Client calls, meetings, internal meetings and so on.  Like right now, on a flight to LA to meet a prospect.  But I am responding to your SEO interview while on the flight, when I have the person on my left and right (yea, I have a middle seat now) sleeping.  I’ve been up since 3am.
Of the stories you’ve broken, which are you most proud of?
The one I got the most recognition for breaking was when Google launched Google Instant.  I was interviewed on TV, NBC Nightly News with Brian Williams. I was on radio and cited everywhere.  But I was most recently excited about being the first to report on the Penguin update when I heard Cutts talk about it coming in the upcoming weeks. See http://www.seroundtable.com/google-over-seo-update-14887.html
You create a lot of apps. If you would have to choose between app creating and SEO what would it be?
App creation is actually a small part of the overall RustyBrick business.  I love SEO, love writing about it. I love mobile apps and trust me, it is very related to search and web design and development.   Thankfully, I don’t have to choose – I just sleep less.
Given your connection with SMX Israel, what do you think of the SEO Industry in Israel?
I think it is great.  It is growing.  Very very smart SEOs in Israel.  There are also a lot of novice SEOs in Israel but that is changing.  It is so exciting to see SMX Israel grow from under 200 attendees to well over 600 in just a few years.  So glad to be a part of the SEO industry in Israel.
What do you see as its future? Any changes?
I can see it getting bigger, being two days, maybe twice a year – maybe once in Jerusalem and once in Tel Aviv.  I am not sure when it will happen but I can see that happening one day.

Thanks Barry for taking the time out of your busy schedule (on an airplane!!) to answer our questions. Looking forward to many SMX Israel conferences in the years to come. Next year, Kahena plans on making a big appearance! 🙂